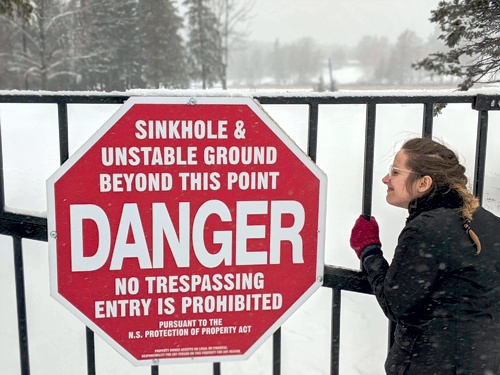 Recent sinkhole collapses in Falmouth and Oxford Nova Scotia and the danger posed by a line of collapsed terrain across the Trans-Canada Highway outside Oxford have resulted in considerable public concern for the stability of the ground in these areas. Mo's work will combine both field and lab work with computed modelling of the sub-surface structure to assess the underground causes of these sinkholes and project other areas of concern. 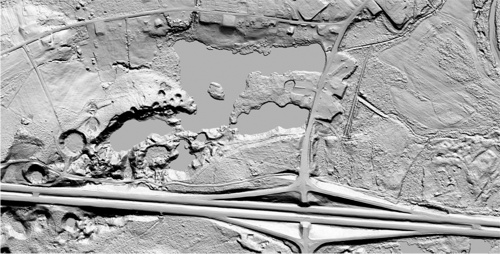 This DEM of the Oxford junction to the Trans-Canada Highway reveals a line of sinkholes extending across the area. The recently collapsed sinkhole in Oxford is on the peninsula west of the road running north into Oxford.