The Science Atlantic Environment Conference was held virtually this year (hosted by Dalhousie University) on Saturday March 12, 2022. A group of ENVS students attended the virtual talks together with Dr. O’Driscoll in the KC Irving Centre classroom. An excellent keynote lecture was given by Dr. Stephen Heard (UNB) on the topic “Charles Darwin’s barnacle and David Bowie’s spider: What can the names of species tell us about science, and scientists?”. Pizza and video games were enjoyed during the conference lunch break. Everyone is looking forward to next year’s in-person meeting! 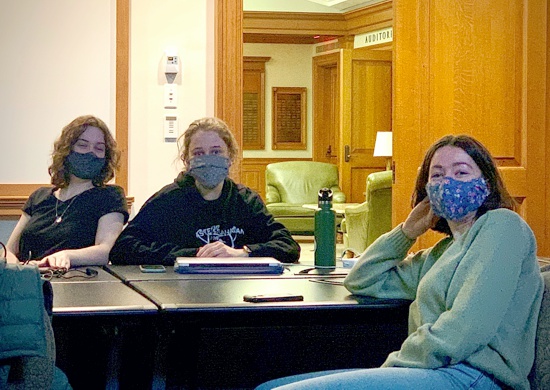 Acadia students listening in to the SAEC presentations