Science Atlantic (formerly APICS) was established in 1962, and the 2021-22 academic year marks the 60th anniversary of the organization. To celebrate this milestone, the 18 campuses across Atlantic Canada have been asked to identify an appropriate tree on campus in recognition. Acadia selected the 60-year old apple tree outside Emmerson Hall, and on 8th October several participants from the science departments and schools gathered to witness the unveiling of a plaque installed to mark this event. 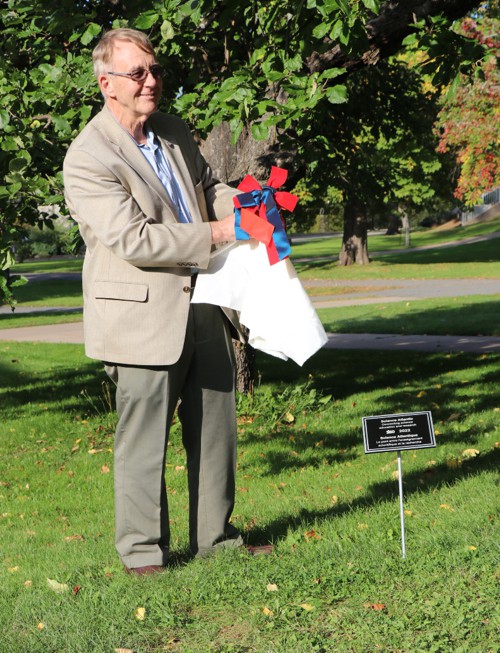 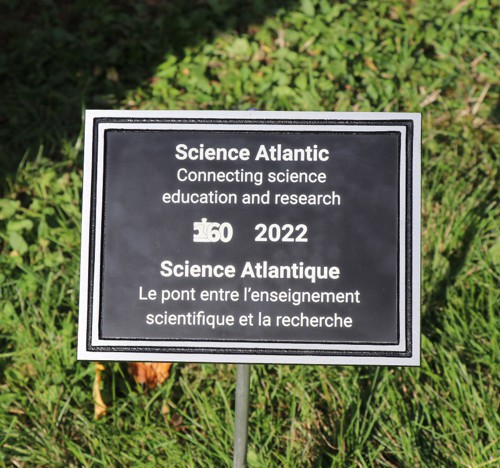 Witnessing the unveiling were members of most of the schools and departments in the Faculty of Pure and Applied Science.
Photo: Fred Sgambati 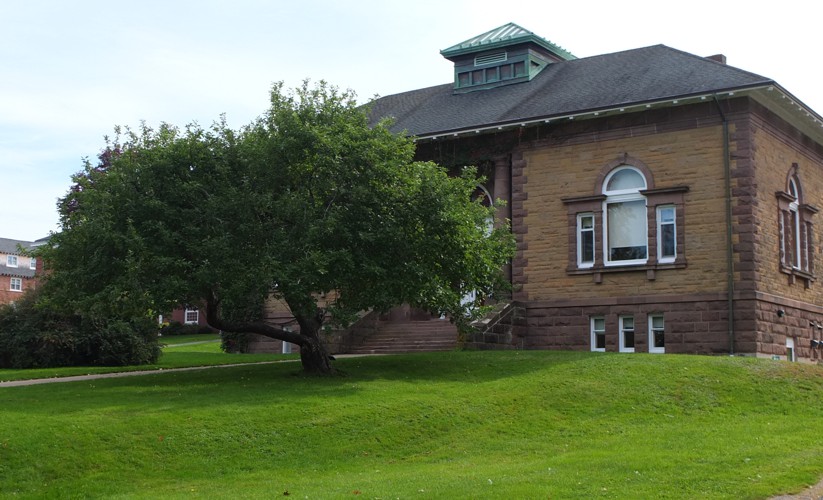 We have chosen this tree to mark the 60 years of Science Atlantic, as it has its own story. It was planted in 1963, one of two saplings received by Dr. Chalmers Smith from Agriculture Canada – it is thus of the same age as Science Atlantic. These saplings were a gift from Dexter Sampson, an Acadia graduate and were grown from scions from a tree planted at the NRC in Ottawa, themselves derived from seed from a tree at York University in Toronto and that tree in Toronto is a grafted cutting from an ancient apple tree which still survives in the garden at Woolsthorpe Manor, Sir Isaac Newton’s birthplace in Lincolnshire, England. That is the tree from which it is reputed that Newton saw an apple fall in the late summer of 1666 and which caused him to speculate upon the nature of gravitation. We refer to it as the Newtonian tree.