Dr. Rob Raeside is awarded the J. Willis Ambrose Medal by the Geological Association of Canada for sustained dedicated service to the Canadian earth science community. According to the announcement by the GAC, Rob receives the medal "in recognition of his decades of dedication to the geoscience community through his tireless contributions to the work of geoscience societies and Canadian academic institutions on local, regional and national levels." Based on affiliations of the nominators for the award, he guesses that that involves his work with the GAC as Geoscience Canada copy-editor and webpage editor over the past 10 years, with the Mineralogical Association of Canada as short course co-ordinator and editor since 1998, with the CCCESD (Council of Chairs of Canadian of Earth Science Departments) as secretary since 1996, and with the Atlantic Geoscience Society as secretary since 2006. 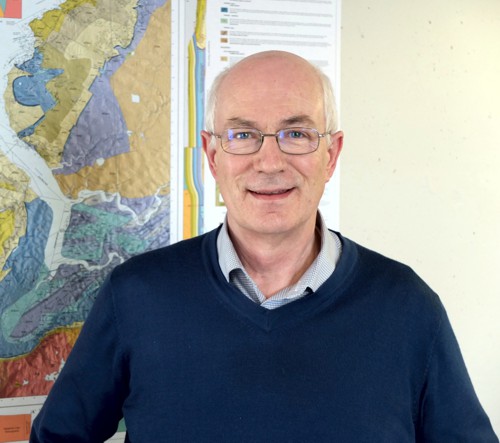