Rob Raeside was invited to contribute a paper to the NAVA (North American Vexillological Association) meeting in Quebec City on 12-14 October, following an earlier paper he delivered in August 2017 at the International Vexillological Congress in London, England. The paper, entitled “National and Provincial/Territorial Symbols in Municipal Flags in Canada:
Patriotism at the Community Level?” examined the use of the maple leaf, the beaver and the Canadian Pale as national symbols and floral emblems, maps and flags as provincial emblems in over 1000 municipal flags across Canada. Based on the preponderance of maple garlands in coats of arms and the ubiquitous fleur de lys, it appears that Quebec is Canada’s most patriotic province! 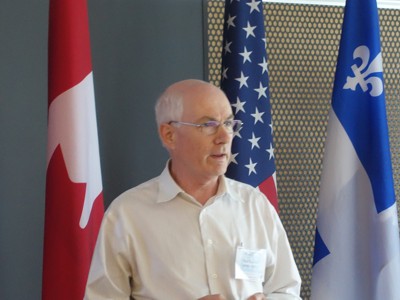