Mitch Maracle, a member of the Mohawks of the Bay of Quinte, was named today as one of only 20 recipients (from a pool of close to 800) of the $10,000 per year (for up to four years) RBC Indigenous Youth Scholarship.

Maracle graduated this Spring from Acadia University with a degree in Geology, and has been accepted into the school’s Master of Science, Geology program starting this Fall.

The annual award, which is now in its 30th year and recognizes both strong academic performance and community involvement.

It is designed to help reduce the barriers to post-secondary education and training for Canadian Indigenous youth.

According to the Indigenous Services Canada Quality Education report, only 44 per cent of Indigenous youth (18-24) have completed high school, compared to 88 per cent for other Canadians. Access to post-secondary education and training is often limited.

“With this scholarship I hope to pursue a graduate degree and eventually link my research in the earth sciences to the specific needs of Indigenous peoples across Canada,” said Maracle, who developed an automatic sinkhole delineation model for his honours thesis. “It would be great to help break the stigma of geology being the antithesis to environmental and cultural stewardship of traditional Indigenous lands. I think working from within established corporations can lead to greater harmony.”

Maracle’s vision for marrying his two passions – Geology and Indigenous representation – made him unique among the close to 800 Indigenous youth from across Canada were considered for the award.

“I also have the goal of increasing indigenous representation in the mineral industry and geoscience discipline as a whole,” said Maracle, who in 2020 was named one of Canada’s top Geoscience students by the Prospectors and Developers Association of Canada. “I am working with my supervisors to potentially integrate my current research with traditional perspectives and knowledge.”

Wanda Wuttunee, Editor in Chief, Journal of Aboriginal Economic Development and retired professor, University of Manitoba, is on the steering committee for the award.

“Indigenous young people are sometimes faced with roadblocks to success in the education system, so having a program that alleviates financial stress, champions their accomplishments and supports wellbeing is so important,” said Wuttunee. “I commend RBC for making space for Indigenous achievements.” 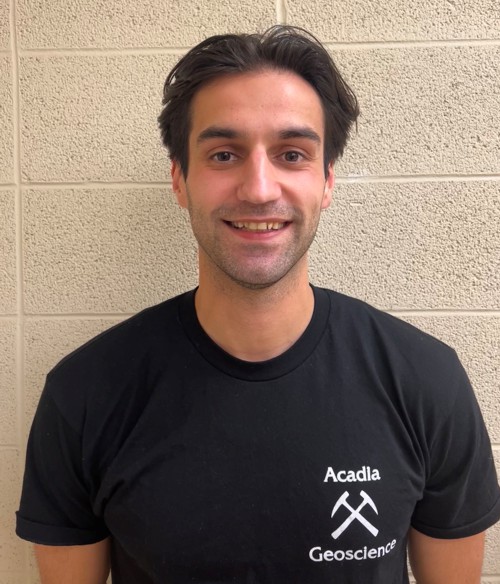