Riley is currently on an exchange program, studying at the Norwegian University of Life Sciences (NMBU) in Ås, Norway. Her interest in Svalbard, however, stems from her involvement in the Acadia University Seed Bank, where she began as a volunteer in October 2016. Dr. Robin Browne, a propagation specialist who oversees operations in the seed bank, encouraged her to reach out to professors at NMBU in hopes of arranging a visit to the Svalbard Global Seed Vault, located in Longyearbyen, Svalbard. As the Acadia Seed Bank steadily grows, we are looking for more long-term storage of seed accessions, and so contact with the Svalbard Seed Vault is a perfect opportunity for Acadia to establish communication and hopefully deposit seeds.

Stepping out of the plane onto the runway, I was greeted by horizontal winds and a ring of mountains towering overhead. I had landed in Svalbard, Norway, an Arctic desert island located halfway between mainland Norway and the North Pole. Once I gathered my bearings, stunned by the already amazing landscape, I found my way inside to meet my host for the next four days. Åsmund Asdal, Coordinator of Operation and Management, Svalbard Global Seed Vault, kindly invited me to stay with his team in their guesthouse in Longyearbyen, Svalbard. This arrival may sound simple and pleasant, but in fact my journey to Svalbard was a long venture. 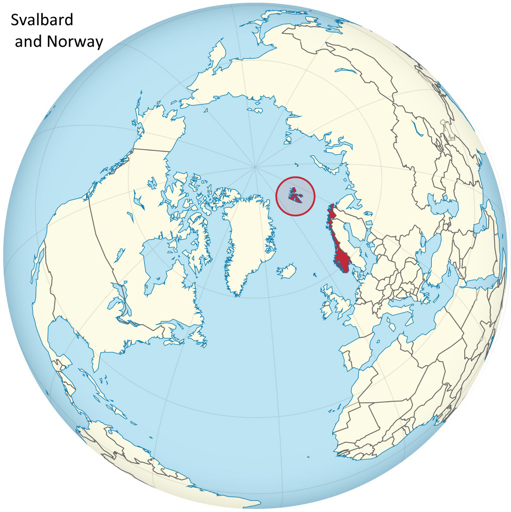 Security surrounding the vault, however, is extremely tight and nowadays only a handful of full-time employees are allowed to enter the vault, three to five times a year, to deposit seeds. I could not simply knock on the door and ask for a tour, so I needed to get in touch with the right people.

My General Ecology professor here at NMBU, Erik Aschehoug, graciously assisted me in this undertaking. After a few meetings of getting names and emails, which led us to further names and emails, we reached Åsmund. Åsmund, my host in Svalbard, works with Nordic Genetic Resources Centre (NordGen), which along with the Norwegian Government and the Crop Trust, is responsible for the Global Seed Vault.

Åsmund quickly replied that his next planned trip to Svalbard would be in a few weeks, to deposit a seed collection from South Africa, and I was welcome to join if I found my own way there. This posed challenge number two. Let me state I absolutely enjoy and treasure my time in Norway, but if there is any pitfall I have come to know, it is this: everything is ridiculously expensive. A return flight from Oslo to Svalbard, on set dates, booked just over a week prior, is by no means an exception to this conclusion. Dr. Ian Spooner, Head of Earth and Environmental Science department at Acadia, agreed to support me through this final hurdle, for which I am so grateful.

With my ticket finally in hand, I set out on a great northern adventure! 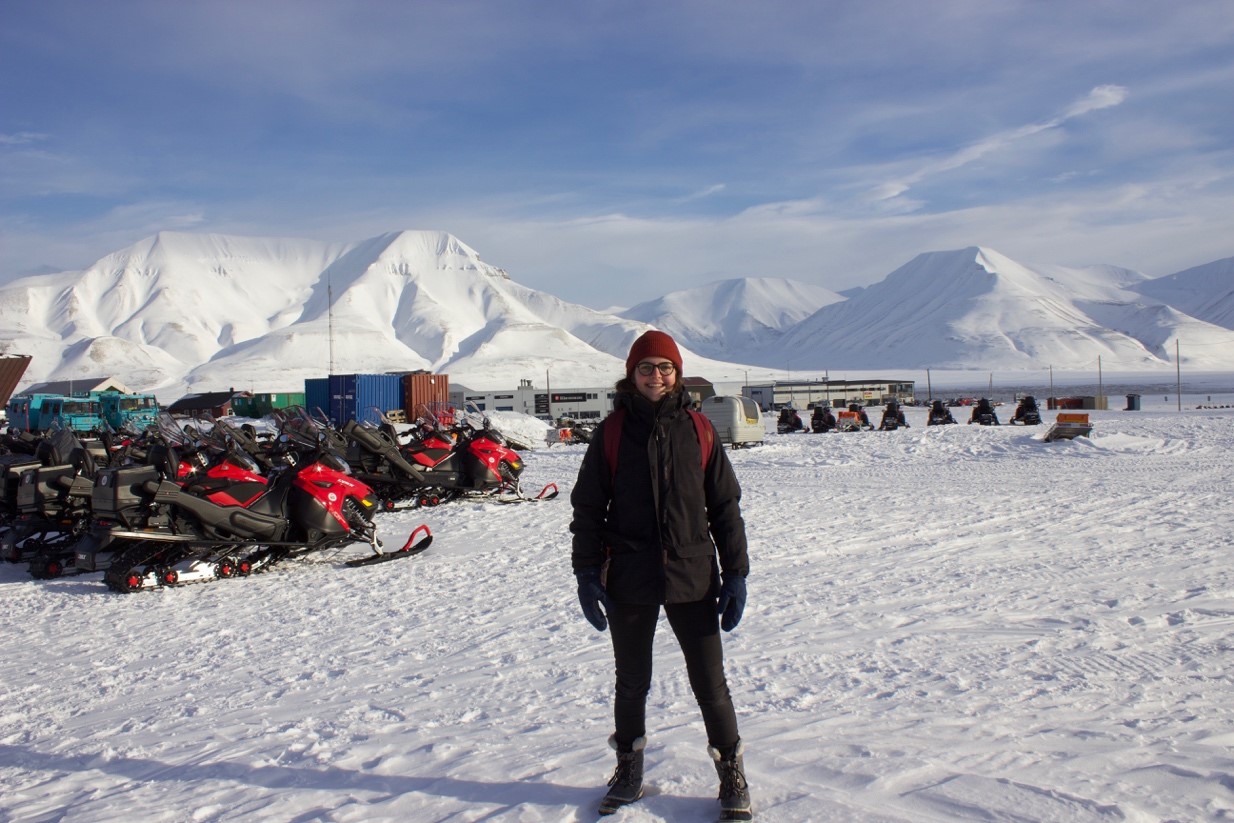 Located at 78°N, Svalbard is one of the northernmost permanently inhabited places in the world. I was fascinated to learn about the development of this isolated and remarkable terrain. Since its discovery in the 16th century, Svalbard has been home to only a few temporary settlers, who were mainly interested in whaling and trapping. However, industrialization began around 1900 as coal mines were established. Interestingly, not until the creation of the Svalbard Treaty in 1920 was the area ruled by any governing body. The Svalbard Treaty, an outcome of the Paris Peace Conference, grants Norway sovereignty over Svalbard, ensures the territory not be involved in a war, and allows signatory countries rights to economic resources on Svalbard (Canada is one of them!).

With only 2600 permanent residents, the effects of this unusual and recent development of the region are tangible even today. There are no proper hospitals, so pregnant women must fly to the mainland to give birth; people are not allowed to die and be buried on Svalbard, because the soil is permafrost and a body will not decompose; the average length of residency on Svalbard is six years, and there are more polar bears on Svalbard than there are people so you must carry a gun if you leave the city limits of Longyearbyen. This lack of expansion combined with such a drastic and harsh climate makes Svalbard nearly inhospitable, but also makes it the perfect home for the Global Seed Vault. 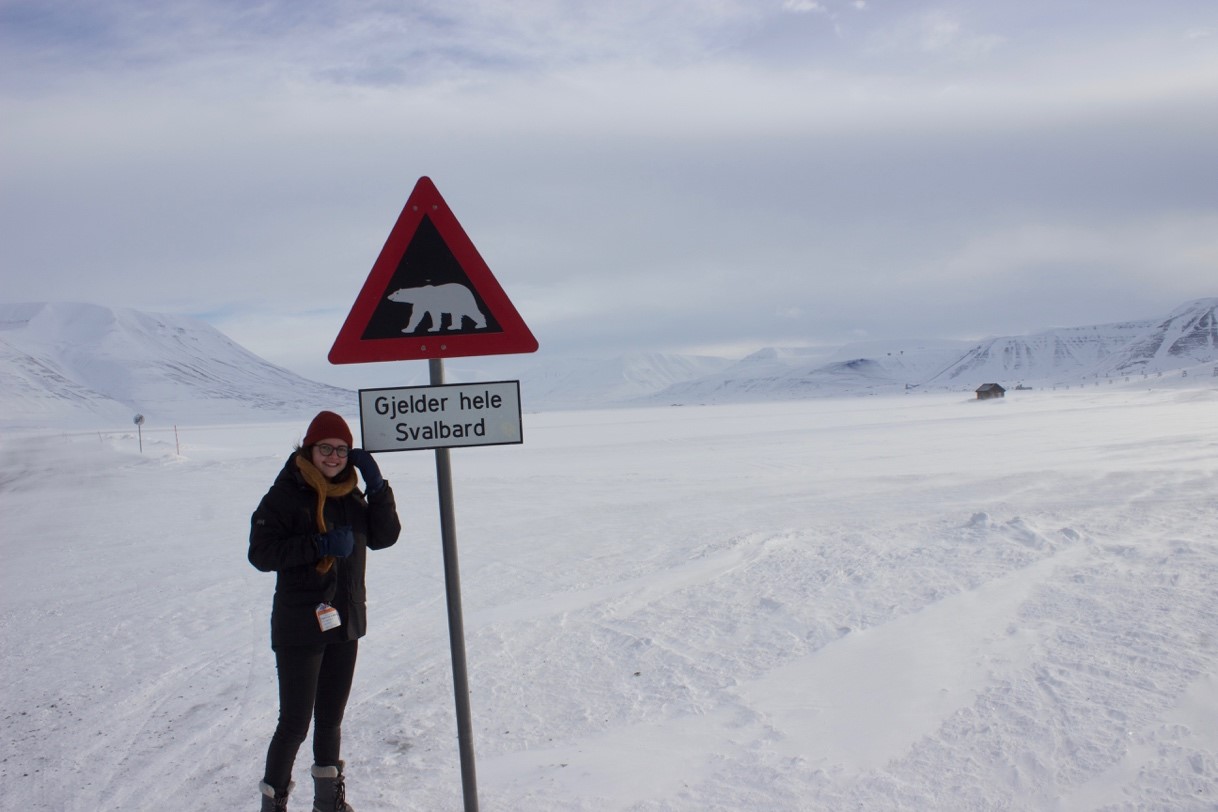 Translation: ‘Applies to all of Svalbard’. Essentially, beware of polar bears everywhere beyond this limit.

The Svalbard Global Seed Vault was established in 2008 by the Government of Norway. Broadly speaking, the purpose of a seed bank is to store plant material and seeds in order to preserve biodiversity against crises such as climate change and war. The Acadia Seed Bank preserves plants native to the Acadian Forest Region and includes multiple rare and endangered species. We continuously collect new samples and propagate current samples to grow our collection. The Svalbard Seed Vault, on the other hand, preserves in long-term storage the duplicates of seeds conserved in gene banks of crop or crop-related species. The Svalbard facility is built into the side of a mountain, deep in the permafrost. While Svalbard may seem too isolated a location for such sophisticated machinery, it was actually chosen to ensure the vault could withstand any possible conditions or climatic changes. It is commonly referred to as the ‘Noah’s Ark of seeds’. 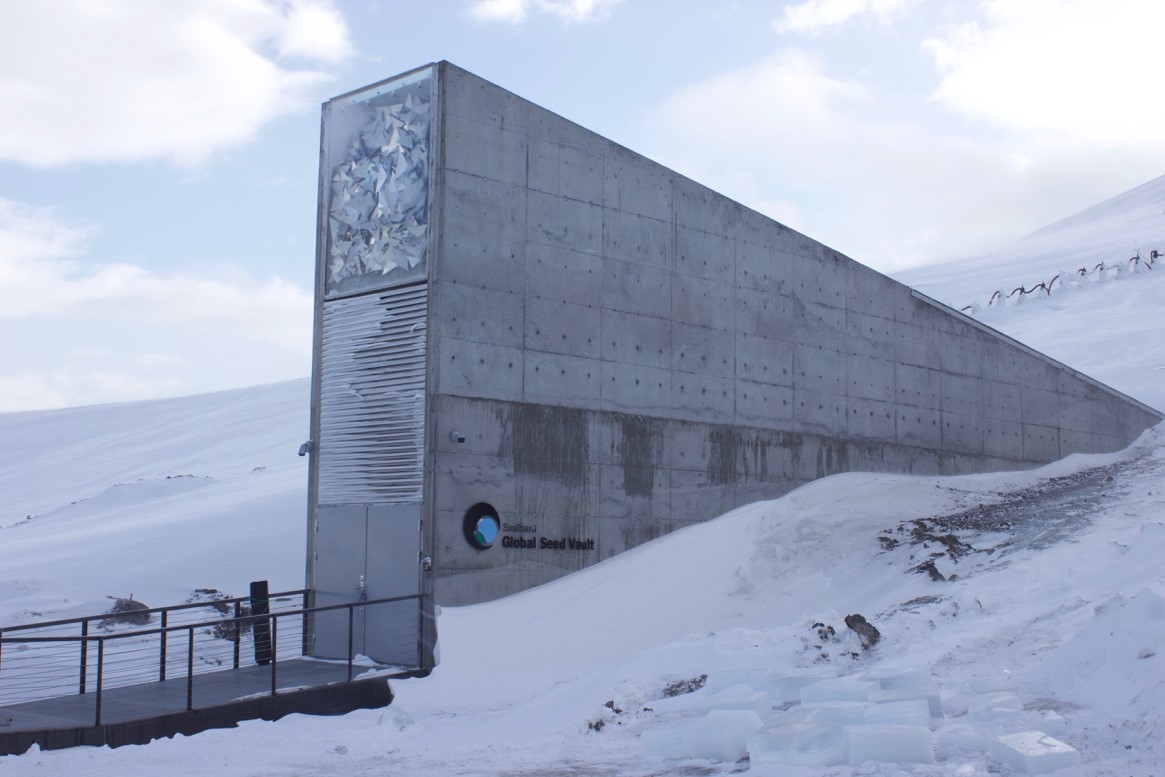 Seeds in long term storage must be frozen to ensure their viability. The building is run on coal (extracted from a nearby mountain in Longyearbyen!) and artificially maintains a temperature of -18°C in the storage rooms. However, the surrounding permafrost creates a constant temperature of -4°C, and so will protect seed survival if ever the building were to lose power. That said, the back-up generators are also good prevention against this. The vault is located high above sea level, and if even all current glaciers were to melt would remain above sea level. Furthermore, given that Svalbard is not legally allowed to participate in war in any way, it is safe from most all civil unrest. The high restrictions regarding access to the Seed Vault also prevent any damage to or attacks on the collections. At first glance, this may all seem a little overdone – it’s just to store some seeds, right? In fact, according to Åsmund, “if all seed samples in the Vault were lost, it would cost 5 billion NOK, [or 778 million CAD], just to regrow and send the seeds”. This figure does not take into account the actual value of these seeds to countries that may rely on them for agriculture. The Seed Vault has the capacity to hold 4.5 million seed samples, and currently houses over one million accessions of more than 5000 different plant species.

This magnificent, state of the art facility is almost entirely underground, and the door poking out of the mountain is perhaps a little underwhelming. Åsmund captured this sentiment well when he remarked, “well, it’s just an ordinary room, but holds extraordinary content”. There are seeds held in the vault from North Korea, whose contact person Åsmund has since tried to reach multiple times to no avail. Due to the civil war in Syria, the International Centre for Agricultural Resources in the Dry Areas (ICARDA), headquartered in Syria, has made a withdrawal from their collection in the Global Seed Vault to restore local crops. These seeds are vital to the preservation of many of the world’s crops and stored at Svalbard will survive well beyond any of us alive today. 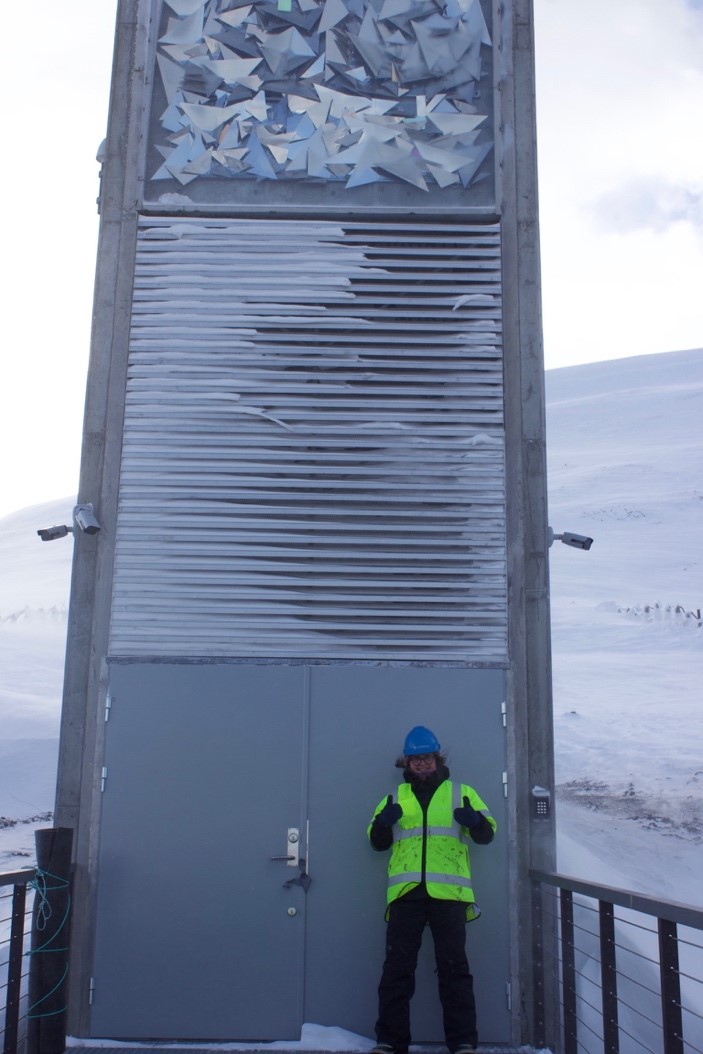 Going forward, the Acadia Seed Bank will remain in contact with Åsmund and NordGen to hopefully deposit seeds in the near future. While our seed bank does not focus on crop plants, we have multiple wild relatives of crop species that would be of particular interest to the Svalbard Seed Vault.

It is sufficient to say Svalbard is an incredibly special place. Few people have ever been there, and even fewer have been so close to the Seed Vault. I am indebted to everyone involved in making this opportunity come to life; never did I believe this would have been possible. Tusen takk!