The Discovery Centre in Halifax has announced that Dr. Sandra Barr will be included in the Nova Scotia Science Hall of Fame at their annual Discovery Awards event on 26 November 2020. This award is given to internationally recognized Nova Scotians who have made outstanding lifetime contributions to society through discoveries in the fields of Science and Technology. They are role models for young Nova Scotians. 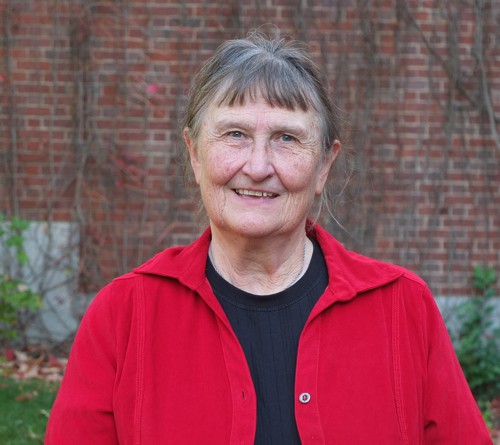 In her nomination statement, Sandra was identified as a pre-eminent geoscientist of Atlantic Canada who, with over 100 thesis students, has mapped nearly half of Nova Scotia and a substantial portion of New Brunswick, determining the geological history of the most complex parts using techniques ranging from microscopic petrological study to radiometric dating and paleontology.

In her 44 years of field work and study, she may have examined more rocks in Nova Scotia than any other living person and has unravelled the wanderings of several terranes that today make up Nova Scotia and adjacent parts of the Appalachian Mountain belt.  Published in over 170 refereed papers, 30 maps and 300 conference articles, her work is recognized as the authoritative record of the geology of Nova Scotia.

Sandra's geological research is notable not only for its volume but also for its longevity - when she started work in geoscience, the paradigm of plate tectonics was still being developed, and she was able to apply that to her work on the Pacific Ocean floor for her PhD thesis, to the mountain belts of Thailand in her early work in southeast Asia, and to the Maritime Provinces where she and her colleagues and students have steadily tracked the development of the various tectonic terranes that make up the region.