Nearly 40 students, 10 faculty and several community members participated in the poster session for the Environmental Science Climate Change for Environmental Professionals course, held in the Huestis Pavilion. The ENVS 3513 course is a new offering this year and was fully subscribed with upper-year students from all faculties at Acadia. Students were assigned an area of the globe and charged with researching an issue arising from the current climate disruption. Their selections were broad-ranging, with many areas investigated that most of us had not even imagined. Here is a selection of the topics: 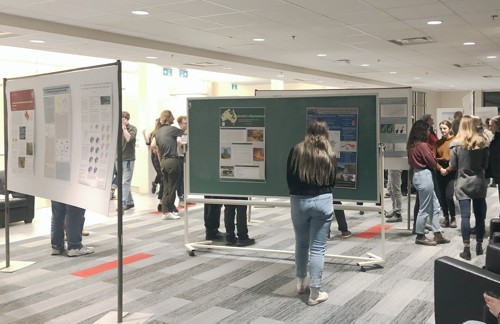 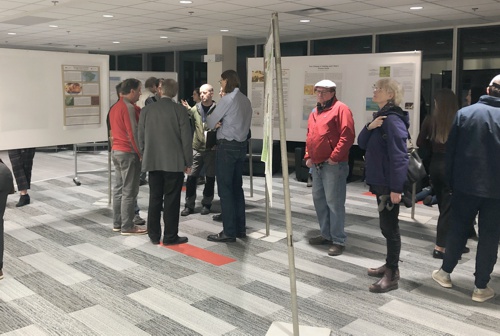 A huddle of professors discussing the event [photo: Nathan Carter] 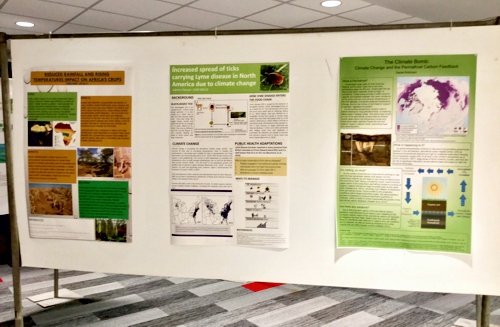