Ten Acadia students and professors attended the 68th annual Atlantic Universities Geoscience Conference in Dalhousie University on the first weekend of November. The weekend began with an Ice-breaker at Dalhousie on Thursday evening, in preparation for field trips on Friday. Most of the Acadia students participated on the early starting Parrsboro field trip, led by Tim Fedak (Nova Scotia Museum). The weather was mild, but the rain was heavy as they searched the shores at Wasson's Bluff for faults and fossils. 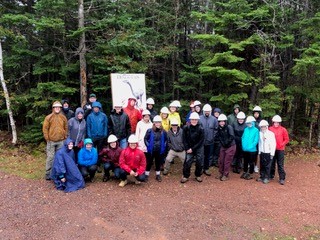 The field participants at Wasson's Bluff 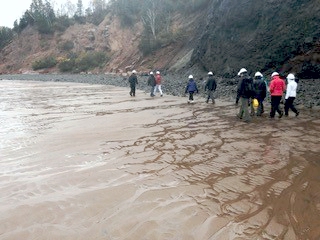 Friday night was the CSEG Challenge Bowl, where the Acadia team took fourth place, and on Saturday the scientific presentations. Ten oral papers and seventeen posters were presented, ranging across all areas of geoscience. The winning presenters are shown below: 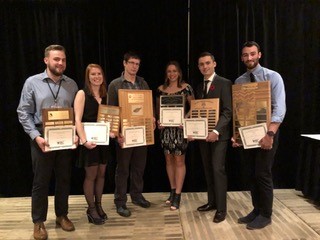 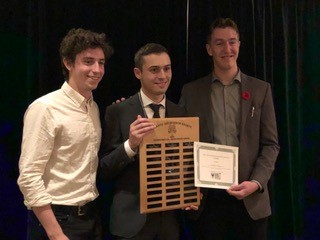 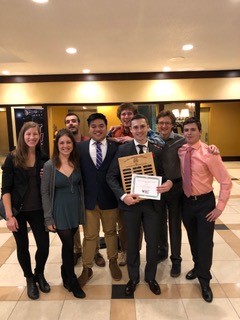 Acadia delegation to the AUGC. 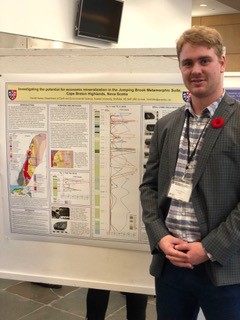 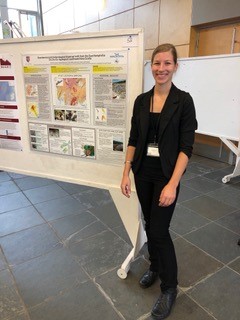 Crystal Smith showing her work on mineral dispersion in till from East Kemptville.