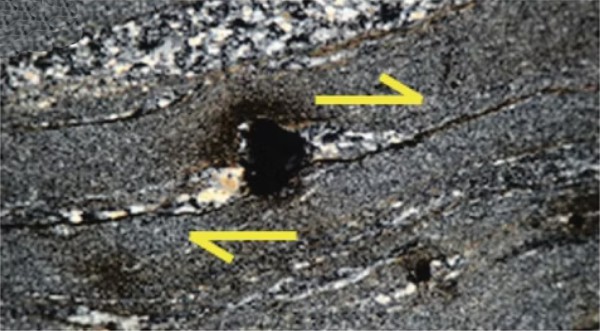 A thin section of sheared schist from the central Cape Breton Highlands.

Several other students were recognized with honorable mentions for their posters:

At the closing celebration, Sandra Barr and Rob Raeside were given the Nelly Koziel Award for their "significant contribution to geoscience, beyond the call of duty, in the Atlantic Provinces." The award is in recognition of their leadership as co-chairs of the Halifax 2022 conference in May.