The 46th Colloquium and Annual General Meeting of the Atlantic Geoscience Society were held at the Holiday Inn, Truro, Nova Scotia, on February 7 to 8, 2020. over 210 participants enjoyed a full and diverse program pushing the boundaries of geoscience in all its branches. As usual, the event was well attended by industry, government and university participants, including 5 professors, 15 students and many former students from Acadia University. 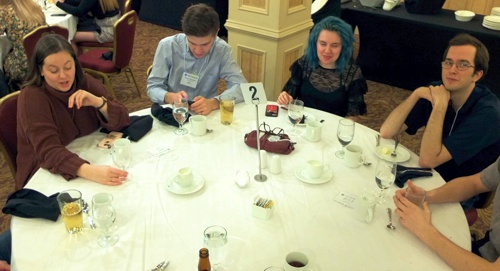 Two Acadia Geology alumni were recognized with awards at the closing banquet. 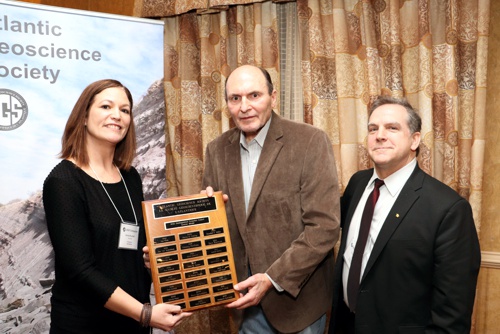 Ralph Stea (BSc 1977, above centre) was awarded the Society's top honour, the Gesner Medal for his work in Quaternary geoscience. Ralph completed his PhD at Dalhousie and spent most of his career with the geological branch of the Nova Scotia government, where he pioneered the study of Ice Age deposits. His work is still widely cited, as revealed by his nominator Denise Brushett (above, left). Also shown is David Lentz, UNB, the incoming Society president. 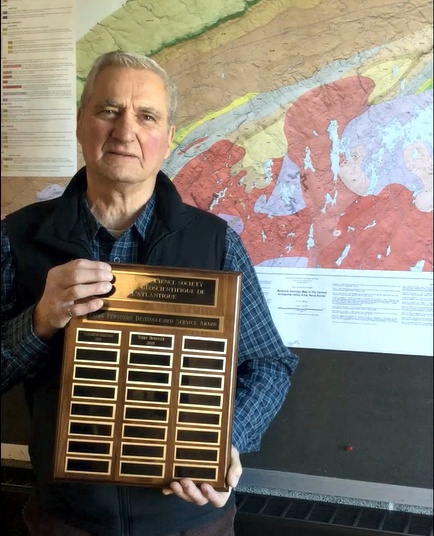 The Society's Laing Ferguson Distinguished Service Award was made to Terry Hennigar (BSc 1965). Terry still lives in the Wolfville area and had made his career in the area of groundwater geoscience. For over 55 years he has worked in hydrogeology, originally a student of Rupert MacNeill, professor at Acadia until 1982. As a practising hydrogeologist, he has worked all over the region, including advising on the installation of groundwater supply for geothermal purposes on the Acadia campus. 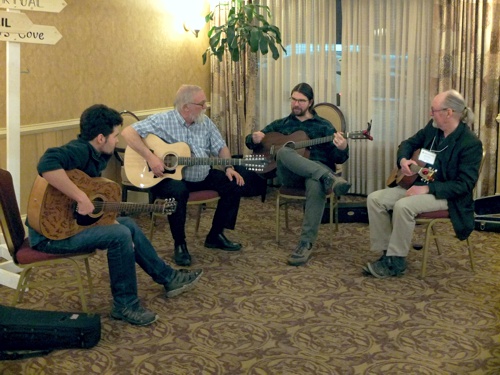