The Communications and Critical Analysis Class (ENVS 4423) held their last class today and announced the winners of the grant writing contest for the pretend “O’Driscoll Research Foundation”. Four students received imaginary funding for their proposals and more importantly a chocolate bunny and the applause of their peers. Congratulations to the following imaginary grant recipients. 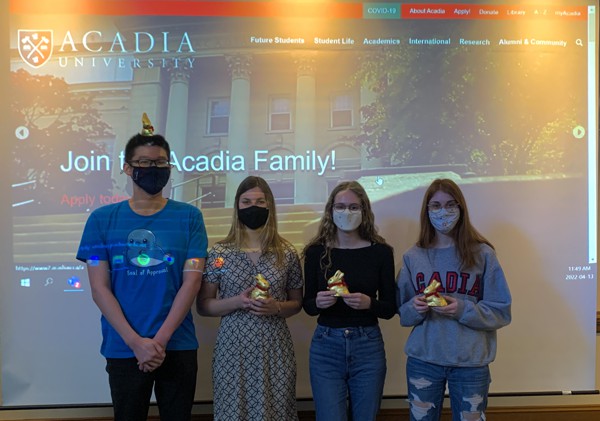